The ballad of a lost bag 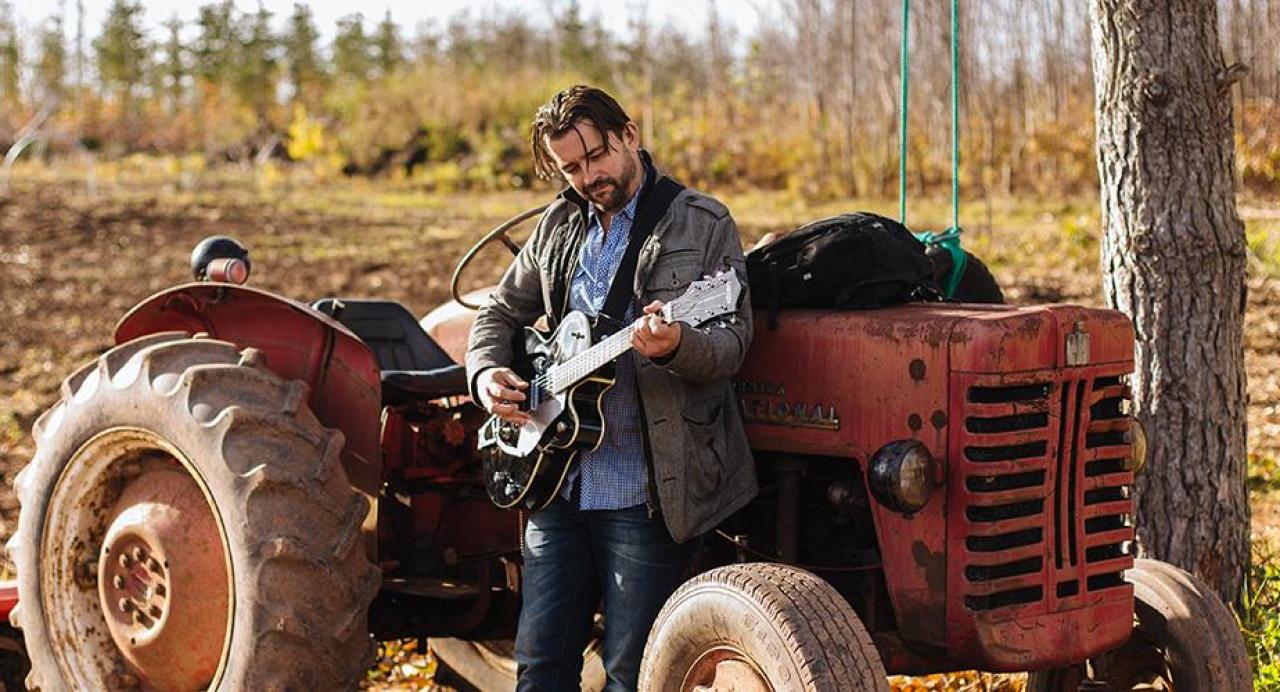 Hobbies > Music
Shares
Shares
We’ve all had that sinking feeling when we realize something really important is lost, or worse stolen. Except for maybe award-winning Cape Breton musician Keith Mullins.

Up until the Harvest Jazz and Blues Festival in Fredericton, New Brunswick, Keith had never had anything stolen from him before.

The 2015 Music Nova Scotia Awards Musician of the Year had brought his laptop and backup hard drive to the festival to work on some projects. When he couldn’t find the bag in the greenroom after one of his shows, he figured another band member had already packed it up. But, the next morning it still wasn’t there. He called festival staff, figuring someone had likely dropped it off at the lost-and-found for him. “It wasn’t until the festival was actually over Monday that I was like uh-oh. I think…I think someone might’ve stolen my bag.”

“Someday I hope we can have a coffee and laugh about this.”

Keith sprung into action. He went straight to Kijiji’s “Lost & Found” section and posted an ad looking for his missing bag. In his ad, the desperation to get back his hard drive rang through. “NO QUESTIONS…Reward offered!!” That backup contained all the music he had made over the last 7 years. The most precious item was an 80-page document with about 100 songs he had written, many of them polished and just waiting to be recorded.

Keith shared the ad on his Facebook page and the whole town reacted. His Kijiji ad got over 2000 views and his Facebook post got 1000s more likes and shares. Even local media got involved including 3 newspapers, 2 radio shows, the evening news, and local blogs all helped to spread the word.

Then Keith received a call from the thief himself! The guy had seen some hard times and just made a bad decision. He wanted to apologize, but was too broke to even pay the $20 shipping to return the bag. Keith, in legendary Kijiji Leader fashion, stuck to his word and sent the $100 reward plus shipping by email as soon the laptop and hard drive were safely dropped off at the police station.

“All in all, it’s been a pretty amazing experience: I got a ton of support from the community, a reminder that people are inherently good, and the guy that took it did the right thing in the end. He didn’t throw it in the river. He made the decision to get it back to me. Someday I hope we can have a coffee and laugh about this.”

When you post your Kijiji ad on your social network, you help spread the word easily and quickly. Your friends may even be your best buyers!

Asked if he would ever leave his bag in the greenroom again, Keith replied “Hahaha never! Well… yeah actually I probably will. But the back up does NOT leave the house!”

Keith is currently recording a new album with the theme of silver linings.