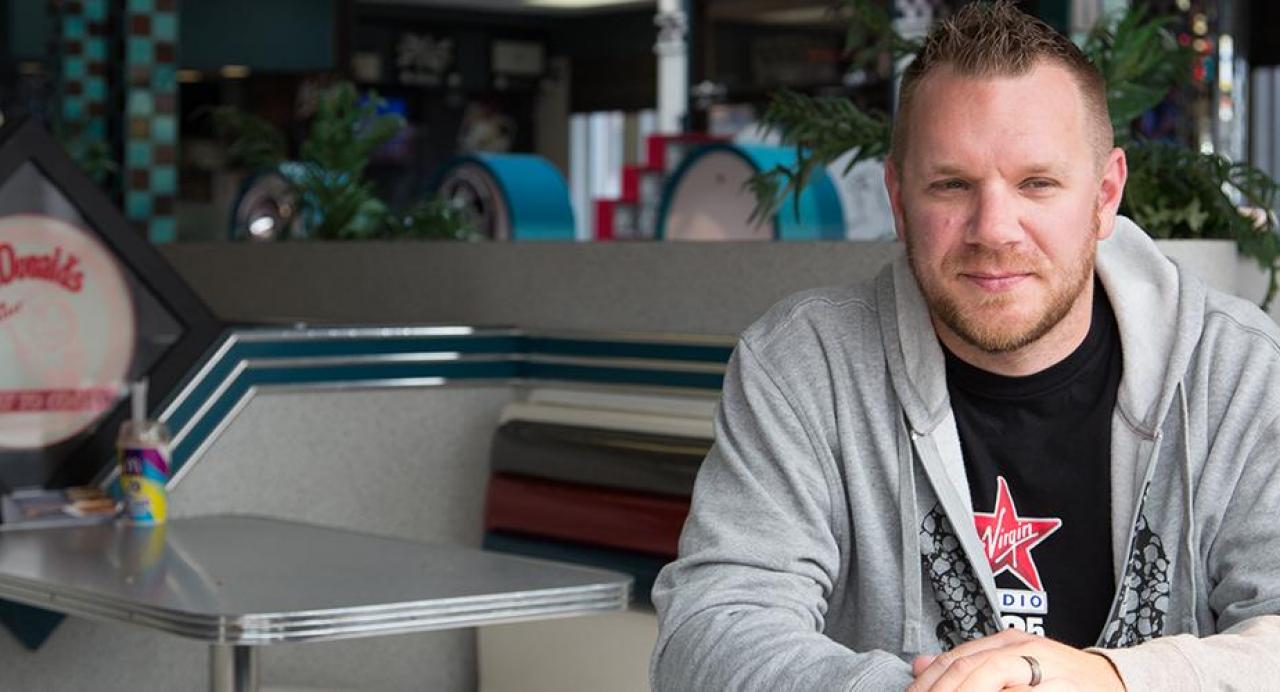 Hobbies > Sports
Shares
Shares
In 2013, Marc Michaels and his wife bought a brand new treadmill for over $1,200.

Sure, that’s a lot of dough, but health is worth a few hundred bucks, right? After three months the couple admitted defeat. “We bought this treadmill thinking we would use it, but neither of us ended up running on it,” remembers Marc.

He wanted to sell it online, but it turns out he wasn’t the only one. “On Kijiji, you see ad after ad of brand new treadmills,” says Marc. Apparently, bailing on fitness is a typically Canadian trend. So, to make his ad stand out, Marc used a little humour.

“I bought it for over 1000 bucks but then realized I’m lazy, and running sucks.”

Marc plays up his cluelessness about fitness, bemoaning that the salesman “didn’t say anything about running being hard, or me being out of breath and sweaty. Shady.” He even mentions using the machine’s cup holder as a beer holder and wearing his running shoes to walk to McDonald’s.

He admits to knocking down the price because he’s been using the machine to hang laundry, but maintains that the price is firm, “like [his] butt was supposed to be.” He closes the ad by asking buyers to pick up the treadmill during the day, while his wife is at work, because “she doesn’t know that I’ve given up on our health.”

Marc’s listing went viral with over25,000 views from Kijiji users! He was flooded with so many messages telling him his ad was hilarious he had to remove his phone number from the listing. The ad was such a hit that it actually hurt its selling appeal! People thought it was a fake ad written strictly for comedic purposes. He eventually posted another ad to sell the treadmill, this one much more serious and straight-forward. The second ad did the trick, and he sold his item for the firm, butt-firm price he wanted. Marc says that humour can be a double-edged sword on a classifieds website. Sure, it gets attention, but it shouldn’t take focus away from the item on sale. If you want to write a funny ad, Marc recommends using humour in moderation. His other tip: include important basic information about your product to help its chances of being sold.

Humour can get lots of page views, but important details about your item are still needed to sell it. Marc isn’t just a star on the Internet, he’s also one of the hosts of Calgary’s Virgin Radio Morning Show. He’s a Kijiji veteran and does a lot more than simply buy and sell items; he’s also used our site to raise funds for ovarian cancer research. In 2007, Marc’s mother lost her battle against ovarian cancer. He has organized annual fundraisers in support of cancer research ever since. In 2013, he launched a “trade-up” initiative inspired by the red paperclip project. It began with a donated Jarome Iginla Calgary Flames jersey, and through a few exchanges, he wound up with a vintage Mustang convertible. The car was later sold on Kijiji for $6,000, of which every dime went to cancer research. Impressive, right?

If you’re in the Calgary area, stay tuned for Marc’s next fundraising stunt, or listen to him on Virgin Radio 98.5 FM every morning!