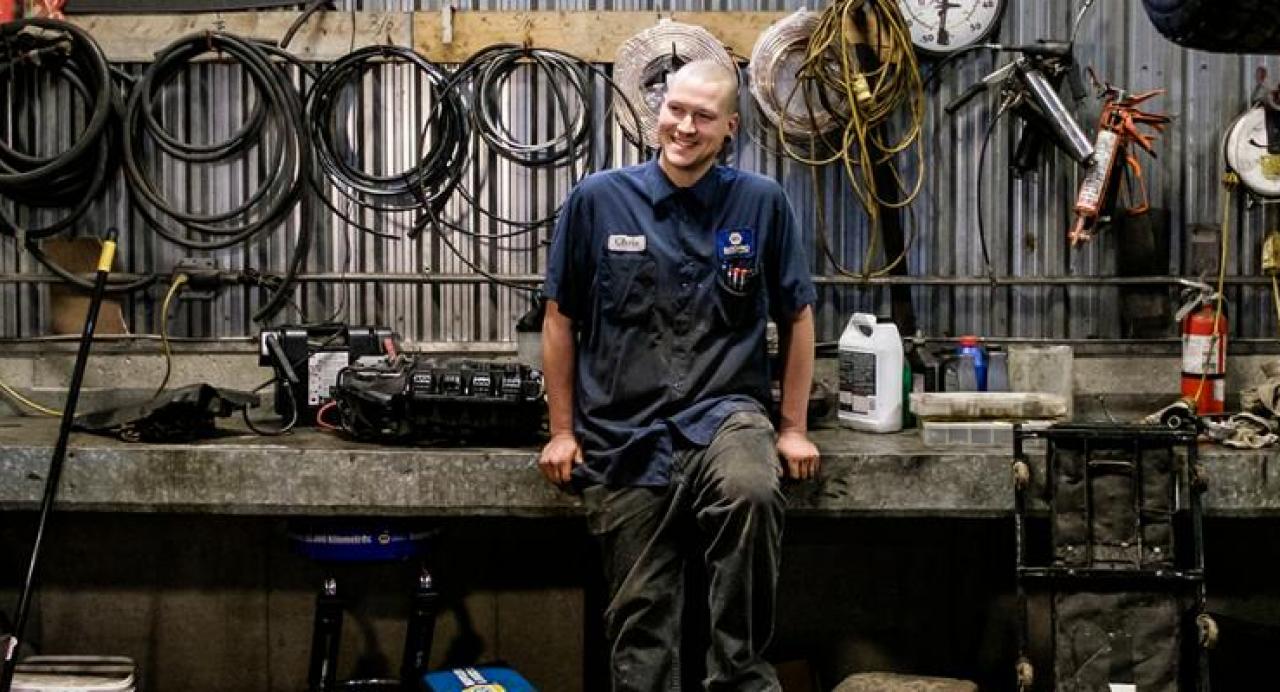 Other Vehicles
Shares
Shares
When you dash through the snow on your snowmobile are the winds howling?

Or are people simply howling with laughter as you blitz by on your joke of a ride? Chris James was hoping this question would inspire you to purchase his snowmobile.

As an avid Kijiji browser, Chris bought the snowmobile thinking he would be able to tune it up and get a solid year of zooming around out of it. As a car and light truck mechanic, it was easy for Chris to have a fixer-upper.

“I thought I would ride it for the year. Then my wife and I actually bought a house,” said Chris. “So we cleared things up to have less to move and I figured I would sell the sled.”

The decision to use comedy in the ad was almost designed to sabotage the sale. He had a sneaking desire to keep it.

“I’ve had two job offers as a salesman from the success of this ad.”

Snowmobiles are one of the most quintessential Canadian vehicles. Much like a canoe, they are also unlikely to be described as a “sex machine.” But, this style of over-the-top humour turned the 1990 Yamaha Phazer II into a sensation.

To start, when describing the prowess of the sexiest snowmobile of all time as voted by SnowTrax, the exhaust tone can attract babes from up to 1km away.

Multiple fake quotations in the ad helped make it so popular. “Those exposed shock towers really make me want to expose something!” exclaimed a fictitious Candy. And, “Those purple ski skins make my taco pop,” declared Bryanna, an ode to Chris’s actual boss, Bryan.

“The ad picked up on its own,” Chris said. “I had a few friends actually let me know that they had seen it on other pages on Facebook. Once it got up around 10, 000 views I said ‘Hey, this is my ad.’”

The post was so successful Chris was offered two jobs as a salesman, but turned them down to focus on being a mechanic.

“I just couldn’t take them,” Chris said. “I just don’t think that I could do that sort of thing on the spot. I’d have to sit down and think about it for a while.” Even with all the humour one can muster, it will be hard to sell and item without it being accompanied by decent photographs.

With the notoriety of the ad, 70 to 80 people contacted Chris about buying the snowmobile. And the biggest perk, it sold for more than he purchased it for only a week before.